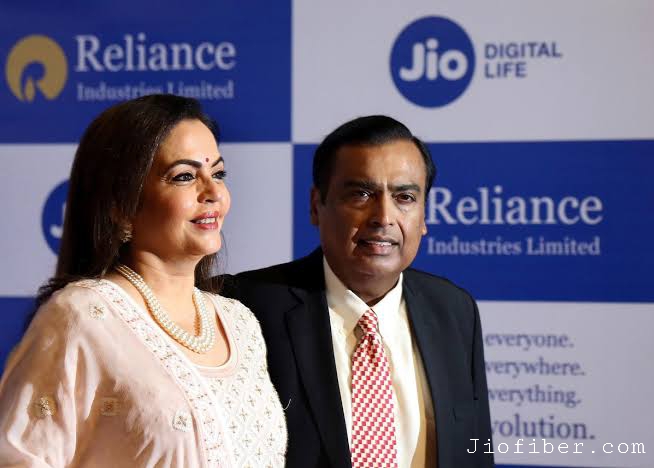 Recently the Chairman Managing Director of Reliance Industries Limited (RIL) has officially launched and announced a 30-Days Free Trial Offer of Reliance Jio Giga net Fiber broadband where user can totally enjoy the best broadband connection without paying any single penny and most interestingly, the company said that “If you don’t like the service, we will take it back, no questions will be asked”.

With the Jiofiber ultimate broadband connection in India, Reliance Jio is also offering various welcome offers, like the customers will get TV, 4K Set Top Box, OTT App Subscription, extra validity offers, freebies, add on benefits, and unlimited data. Every Jiofiber broadband user will get a set-top box (even with a monthly plan) and those opting for the Gold plan and above will get a Jio TV set.

JioFiber plan rentals start at just Rs 399 (Bronze Plan) a month and go up to Rs 8,499 (Titanium Plan) and even the lowest tariff starts with 30 Mbps speed, the company said in a statement which is really insane, where the local broadband service providers unable to offer seamless uninterrupted broadband connectivity, Jio Fiber broadband is growing on a next level.

“Our customers are at the heart of everything we do, and all of JioFiber has been designed with the sole purpose of giving you a delightful experience. The launch of JioFiber, with its revolutionary services, is just the beginning of a new and exciting journey,” said Akash Ambani, Director, Reliance Jio Infocomm Ltd.

Jio has priced the plans at less than 1/10th the global rates — to make it highly reliable, accessible for everyone under the sun.

“As always, we will continue working hard to bring more such amazing services to your home and take Jio Fiber to the next level. I want to especially thank our 5 lakh JioFiber Preview users, who have contributed significantly in perfecting our product and service experience,” Akash Ambani Director, Reliance Jio Infocomm Ltd. added.

Currently, the average fixed-line broadband speed in India is 25Mbps which is really good and efficient. Even in the United States US, it is around 90Mbps.

“JioFiber, India’s first 100 percent all-fiber broadband best internet service provider, will start from 30 Mbps and go all the way up to 1Gbps. This will propel and boost the Jio Fiber broadband as India’s top 5 broadband nations globally,” said the company.

Under the long-term plans, Reliance JioFiber users will have access to 3, 6, and 12-month plans that provide substantially higher value with extra added benefits, add ons, freebies, and much more… Most importantly Reliance Jio is also being up with the major banks of India and through bank tie-ups, Jio will provide attractive EMI schemes, so you can easily opt for any JioFiber broadband plan you like and easily pay the installments of it.

For existing JioFiber broadband users, Reliance Jio will get in touch with them for upgrading their services and also offers the benefits.

On a comparative basis and analysis, the biggest competitor of Jio GigaFiber broadband in the Indian market is Bharti Airtel with its Airtel V-Fiber and Airtel Xstream broadband service that too offers a speed of up to 100 Mbps high-speed internet services in various other major cities of India like Mumbai, Hyderabad, Chennai, Delhi, etc.

If you want to know more about the Airtel broadband plans then please have a look, Airtel’s monthly plans start from Rs 799 with high-speed internet connectivity of up to 40 Mbps and 100GB of best broadband data. The 100 Mbps plan is priced at Rs 1,099 per month with 300GB broadband data and it goes all way up. The company also has Rs 1,599 and Rs 1,999 plans etc. with speeds up to 300 Mbps and 100 Mbps respectively to cover different intentional broadband users. The Rs 1,999 plan does not come with a data limit in broadband service.

The BSNL broadband internet connection also offers a wide range of plans on its Broadband Internet Service on Bharat Fiber (FTTH). So, BSNL’s Bharat Fiber plans start from Rs 777 to Rs 16,999 per month. The cheapest plan of BSNL broadband is priced at Rs 777 plan brings up to 50 Mbps speeds to 500 GB and the speed is throttled, boosted, and revived to 2 Mbps beyond the data limit, which is truly strange.

Please have a look at the various broadband plans of Jio Fiber all over India, must check the availability of Jio Fiber in your area now!

If you are facing any technical issues, problems, or have any complaints regarding the Jio Giga Fiber broadband. Please to the Official Jio Fiber customer care number and get the instant assist right away regarding the best broadband service.

Still, left with any questions in your mind? Please do comment below we will try our best to help you out and make sure to solve the issue. Thank You.