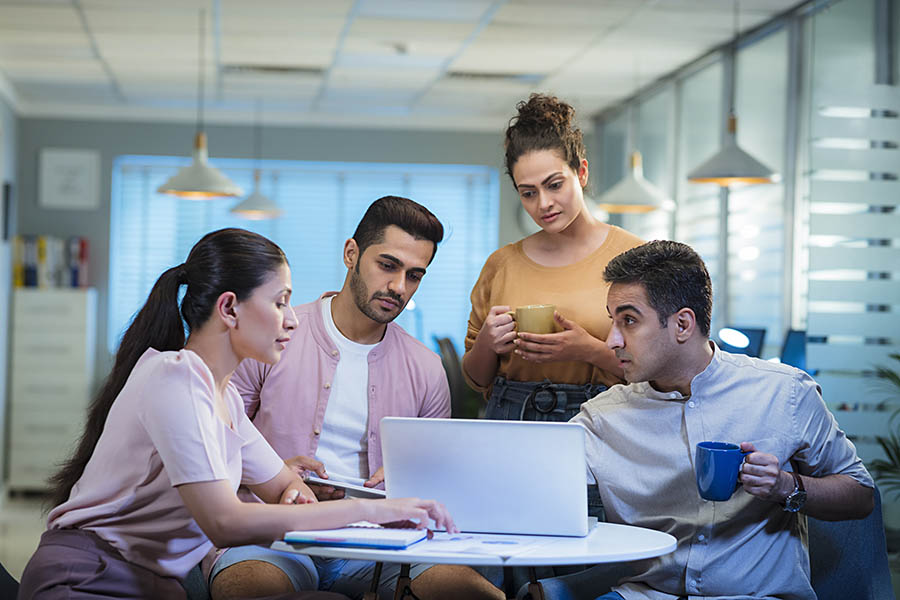 So you’re also a die heart movie lover and every times curious to find out the latest innovations and technology in the movies. Then you’re at the right place.

Some times while making a movie production team and director comes out with a great idea that not only thinks a head of the best technology but also results in the replication of same idea in the modern world.

That’s how we have well researched some great movies out there which tells and depict about the future technology and more. And if you are a die heart movie lover as said, then you must have watched all these movies atleast once.

Without any further delay let’s quickly dive in and explore the best movies about future technology.

The most viewed sci-fi classic, the Matrix, attracted many viewers thanks to the concept of complete immersion in the world of illusions. Even though virtual reality doesn’t know it yet, it’s definitely here to give us a chance to escape to another world.

People have been testing the effects of immersion in the virtual world for a long time, with someone living in a VR helmet all week as an experiment. As graphics improve over time, virtual reality can get closer to the world you envision in the Matrix.

Although we can’t travel in time or work on a flying car (though), this trilogy accurately predicts the future of technology. Remember when Marty answered the phone with his glasses?

Do you remember what we have today? Thanks to advances in available technology, Google Glasses can do the same and even more.

Also, if you look closely, Marty used a tablet given to him by Doc, who didn’t exist in the ’80s. In these films, we also see fingerprint scanning technology used to pay for things like taxis or open doors, talking about the time ahead.

Minority Report is an acclaimed film for many reasons, especially in its portrait of a futuristic society.

The film scene continues to identify the audience due to the terrible accuracy of targeted advertising that has become commonplace on Google, Facebook and other platforms.

In the scene, a Tom Cruise character walks through the store as his retinas are scanned and advertisements appear on the screen that address him by name and record his alleged interests. Today, this experience is not very similar to online shopping, where our data is used to show our targeted ads based on our past activity and demographic information.

So does popular culture predict the rise of digital? Or does it give you some ideas to use? Films and television shows, especially science fiction, can influence technological progress, as new inventions and advances are likely to respond to the needs or interests of the general public.

It is not too far away to believe that the concepts that are now popular in film and television will herald the next digital age!

4. The Hitchhiker’s Guide to the Galaxy

Google’s smartphone keyboard, Gboard, can translate to and from all languages ​​supported by Google Translate – a total of 103. This feature has been available to Android users since 2017 and is now open to iPhone users.

In the Hitchhiker’s Guide to the Galaxy, we couldn’t help but compare Gboard and Babelfish. Babelfish is a little alien who “feeds the brain energy” of the people around him and does direct translations like Gboard.

The first online translator created by Yahoo! And in fact, it was called Babel Fish as a reference for the series. However, thanks to the easy-to-use interpreter on the handheld device, Babelfish looks real (without foreign games).

Google Translate even has the ability to translate spoken words by combining Star Trek forecasts and the Hitchhiker’s Guide to the Galaxy into one.

The Star Trek series is known for incorporating a number of futuristic technologies that eventually became a reality. The universal translator used by Captain Kirk and his crew to translate foreign languages ​​into English is very similar to the technologies like Google Translate we have today.

In the Star Trek series, the crew is constantly talking to the computer, and we have standardized virtual assistance technologies for obtaining voice commands, such as Siri or Google Home. In addition, tricorders, a tool for identifying geological, meteorological and biological anomalies, are used in the Star Trek universe.

NASA actually has the same device called a medical scanner that can remotely take human life skills. How great is that?

Much of the artificial intelligence developed so far is known as weak artificial intelligence – consider internal assistants, such as Amazon Echo or Google Assistant, who may respond to a specific set of commands in a particular environment but are unable to respond to emotions or deal with abstract thinking. However, many people working in the field do not seem likely that someone will build HAL 9000 soon.

Well, our robots may not be as cool as R2-D2, C-3PO or BB-8, but they’re there now. The most advanced robot we’ve made is called the Kengoro, which is capable of human manipulation such as seat-ups and cranks. I’m sure George Lucas was very proud to find that his fictional droids were true.

Another technology that made Star Wars famous in divination is bionic limbs. Luke Skywalker was given a bionic hand after losing a match against Darth Vader. Due to the high price, these facilities are not available to the entire population, but they do exist. Eventually, the holograms appear in the first episode, New Hope (1977), in which Princess Leia asks for Obi-Wan Kenobi’s help.

As we know, it is known that many performances at music festivals and concerts have holograms.

In this Disney movie, the Cooper family had their very own built-in smart home assistant named PAT. They could control different features of their home using voice commands. Remind you of something similar we have today? Alexa, Siri and Google Home are examples of the various AI assistants that we use today. Sure, they can’t clean your house in minutes like PAT, but they can control temperature, arm/disarm our homes, dim our lights, answer calls, play music and more.

In 1999, this film was clearly ahead of its time because we didn’t have any smartphones, let alone branches in everything. Let’s hope our AI doesn’t try to control us like PAT.

This film from the 90’s predicted the production of self-driving cars. Douglas (Arnold Schwarzenegger) takes Johnny Cab, who is a self-driving taxi in the film. Sure, these cars aren’t on the roads yet, but we’re closer than ever. Not only is Google currently testing these autonomous cars, but several companies like General Motors expect autonomous cars to be launched in 2020.

The film series Terminator envisioned the development and use of military drones. Although in the past it seemed impossible to imagine a drone, today it is widely used.

Drones are commonly known for military use, but they also have a variety of uses. Unmanned aerial vehicles are used by law enforcement agencies to locate criminal shelters, shoot films, deliver consignments and people with an interest in technology.

How many of these parallels did you notice when you first saw these movies? It will be interesting to see how technology has evolved over time. Based on the technological advances predicted in the films, nothing is said about what will be available from now on.

So, that’s all for the 10 best movies about future and technology. Hope you definitely like the post as much as we do sharing it with you.

Don’t forget to let your friends also know about these movies, as sharing is caring…!!!